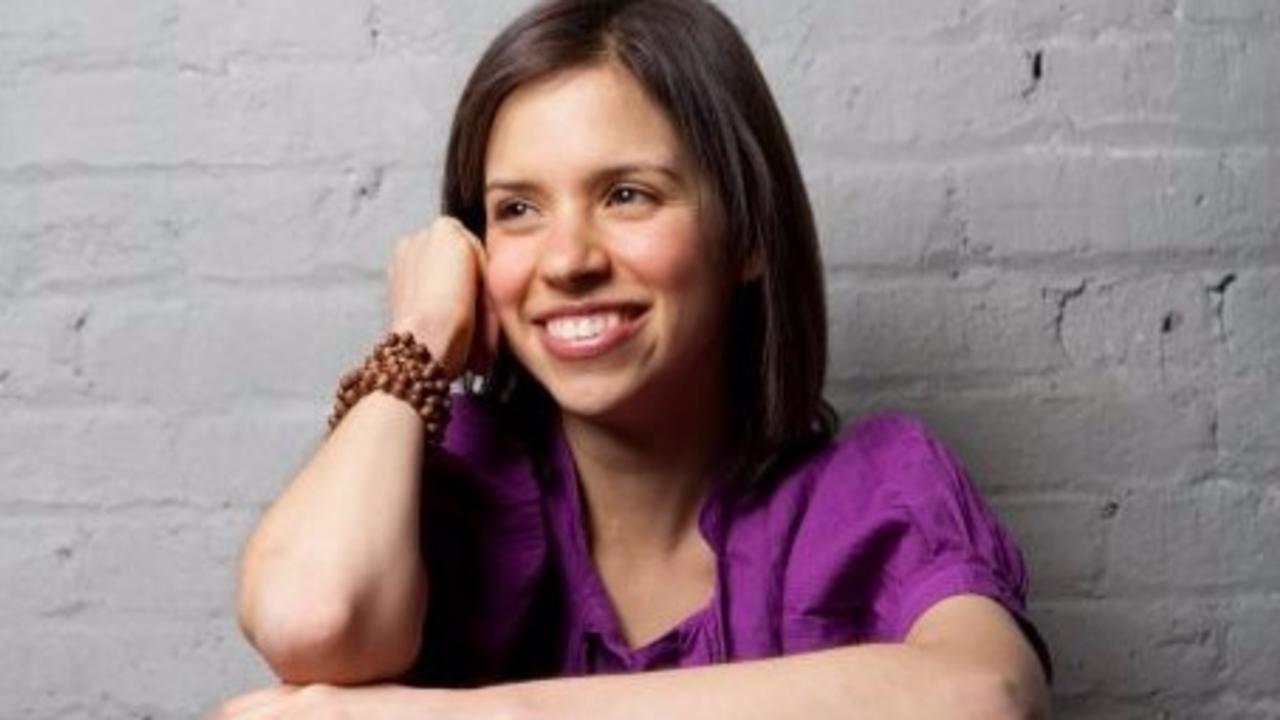 Gena Hamshaw, a plant-passionate writer, certified clinical nutritionist and aspiring doctor behind Choosing Raw, shares her vegan and raw vegan recipes while pursuing a pre-med post-bacc at Georgetown University. Through her writing and stellar photography skills, Gena offers a fun, down-to-earth approach to healthy eating. Having overcome a personal history of disordered eating, Gena finds inspiration in her own journey and health revolution—and wants to share it with others to help them on their own paths.

Allison Rivers Samson: Tell me about your journey to veganism and how raw foods came into that. How did going vegan help you move from dietary restrictions to choosing healthy, compassionate and nourishing foods?

Gena Hamshaw: Well, veganism first occurred to me when a GI doctor suggested I experiment with eliminating dairy from my diet. I suffered from a really terrible case of IBS, and though I had never been tested for lactose intolerance, he thought it might be helpful. The difference was dramatic, and I resolved nearly right away to cut dairy out of my diet for good. I had already eschewed red meat (I’d essentially stopped eating it as a child), didn’t care for eggs, and ate very little poultry or fish, so from there, it was only a small step to veganism. I had read enough to make me curious, so I decided to try it. It was the best decision I’ve ever made. Later on, I became more engaged with animal rights issues, and today, compassion (rather than health) is the cornerstone of my lifestyle.

The longer story is that I also come from an eating disorder history—nearly thirteen years of anorexia mixed with subclinical disordered behavior. Until I became vegan, I always regarded food as something to be loathed and feared. When I invested my food choices with a respect and awareness for other living beings, I was able to shift the way I thought about eating. It became an avenue to do good—for myself, for animals, for the planet—rather than a means of controlling my body.

ARS: Would you say that you eat raw most of the time? Half the time? What do you love most about eating high raw?

GH: At the start of my raw foods journey, I ate very high raw, maybe 90%. I loved it, but over time, it became a little redundant and limiting. I also started to grow weary of some of the health extremism in raw food circles—the idea that all illness, regardless of its nature, stems from food choices, or the vilification of cooked foods, or misconceptions surrounding the idea of “detox.” Today, I’m more like 60-70% raw, depending on my mood, but I don’t really keep track anymore. It might be 40% one day, simply because that’s what I’m in the mood for.

What I love most about raw food is not the idea that it’s inherently better for me than eating cooked foods, but rather, its aesthetic. I love the textures and tastes and flavors of raw recipes. I love their brightness and simplicity. When I first got into raw foods, I was still really new to cooking, and I had gotten bored of a somewhat monotonous rotation of beans and rice and steamed broccoli. Raw foodism opened me up to new kinds of produce, to bright and fresh vegetable dishes, and it helped me to connect with food more closely than I had before. To this day, I prefer a lot of my vegetables raw, though I prepare them in many different ways in order to get variety.

ARS: You've worn a lot of hats: book editor, nutrition counselor and now medical student. What type of medicine do you intend to practice? Has your raw vegan lifestyle inspired your move towards the medical field? 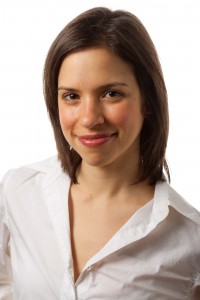 GH: Absolutely! My choice to return to medical school (if I get accepted—I’m only pre-med right now) has everything to do with my lifestyle. Going vegan, and then exploring raw foods, showed me how profoundly food impacts our well-being. So much suffering can be prevented through eating a wholesome and nourishing diet.

At the same time, the origins of disease can’t be reduced to food choices alone. Food is a big part of the answer, but it’s not the whole answer. Once upon a time, especially in my early raw food days, I believed that healthy eating is a surefire solution to all disease, and conversely, that poor eating habits are the cause of all disease. My education has shown me that it’s much more complex than this. I went back to school because I wanted the scientific education and clinical tools necessary to understand disease as a complex, multi-faceted phenomenon with many causes.

I hope to specialize in GI medicine. I’ve suffered from digestive illness myself, as do so many of my readers, and it’s what interests me the most. That said, I’m open—anything might capture me when I’m (fingers crossed) doing rotations!

ARS: We met for the first time at a memorable VegNews staff dinner at Portobello during the first Vida Vegan Conference. There was a lot of ooohhing, ahhhing and mmming going on as we savored our delectable dishes and the photos you took of our meal were as gorgeous as everything tasted. Are your exceptional photography skills something you already possessed or was it your love of food that initiated your desire to practice the art of photography?

GH: Oh goodness, thanks! I’m the most amateur of amateur photographers. I don’t really know anything; I’ve just learned by doing. I still don’t do a lot of things (shoot in RAW, edit in Photoshop) that I should. The photos all come from my tremendous love of food, and not the other way around, but I’d love to improve my photography. One day!

ARS: Your website offers an impressive selection of cooked and raw desserts including your recipe for my favorite cookie flavor, Double Chocolate Chunk Cookies. Do you have a favorite sweet treat?

ARS: What's your favorite raw vegan recipe to impress omnivores who think you live on lettuce? And what's a typical daily menu for you? 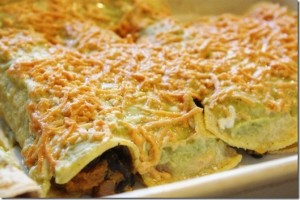 GH: I love making my black bean and sweet potato enchiladas for people who are really skeptical. If my guest is open to raw foods (a lot of folks aren’t quite ready to eat something cold), then I’ll usually make my cashew alfredo recipe. It’s a crowd pleaser, and I love it, too!

My days tend to vary based on my class schedule and work demands. Breakfast can be a bowl of oats or quinoa with banana and almond butter, or it might be a smoothie or a chia pudding. Lunch is nearly always something salad-like. Favorite toppings and accompaniments are legumes, homemade raw flax crackers, nuts and seeds, or tempeh. Dinner is anyone’s guess! Sometimes it’s a new raw food entrée—I always love experimenting with these. Sometimes it’s a bowl of quinoa with beans and hempseeds and assorted veggies. Sometimes it’s a baked yam with coconut butter and lots of greens. Sometimes it’s a raw kale salad, stuffed with toppings. I always snack throughout the day—green juice, trail mix, raw bars, fruit—and dark chocolate is my dessert of choice. Every day begins with organic, fair trade coffee.