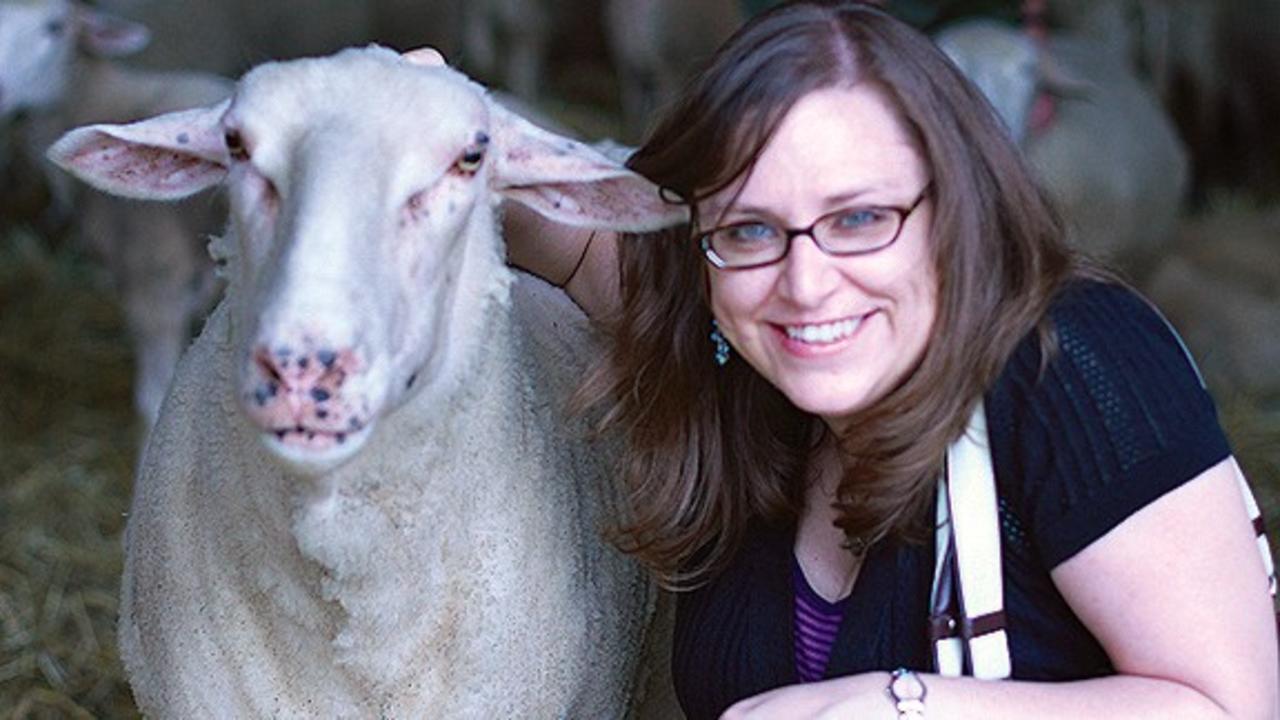 Ambitious and filled with a passion for helping others go vegan, Dianne Wenz is simply extraordinary. Dianne runs the website Chic Vegan, along with coaching, hosting cooking classes, and offering nutrition counseling—all with the goal of inspiring and helping others go vegan. Hailed as the original "VeggieGirl," Diane is clearly making the world a much more compassionate place. I am so glad I had the opportunity to talk with Dianne about past work and some exciting new projects in the pipeline! 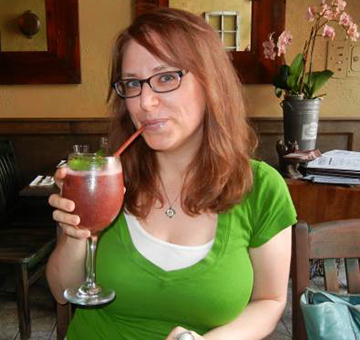 Allison Rivers Samson: I love the content variety on Chic Vegan! When did you start the website, and what do you hope it’s accomplishing?

Dianne Wenz: Thank you! I can’t take the credit for starting the site though. Mandi Hoffman started the site in 2008. She ran it until January 2012, when she handed it over to Gretchen Tseng. I started writing for Chic Vegan the summer of 2012, and I took it over from Gretchen about a year later.

My goal for Chic Vegan is to have a site where people can find information on just about anything in the vegan realm from fashion and beauty to nutrition and food. New vegans can pick up tips to help them stay on track with their new lifestyle, seasoned vegans can learn about new cruelty-free products, and everyone can find a delicious recipe for dinner. I love it when readers tell me that the site is making transitioning to veganism easier for them.

ARS: What a rich history! You were the original VeggieGirl...you even own the url for it! That was 14 years ago. Are there ways in which you’ve outgrown the name?

DW: I started my website back in the olden days of the internet when it wasn’t wise to share your real name in cyber space. I only knew a few other vegetarians, and I thought the name “VeggieGirl” was fun. The original incarnation of the website had some of my favorite recipes, lists of reasons to go vegan, and a reading list. My idea was to share information to help people who were new to veganism or thinking about transitioning, because there wasn’t that much info on the subject out there at the time. I added the blog a few years later.

After I became a health counselor, I racked my brain trying to come up with a name for a new website for my services. Then I finally realized, “I already have a website!” so I added health counseling information to the site. After a while it just didn’t seem professional to have my services on a website called “VeggieGirl”. I was also tired of being introduced to new people as “VeggieGirl” at vegan events. I’m now in a stage of my coaching career and blogging life where I’d rather have people know who I am than use a vague veggie-friendly pseudonym so I changed the name to <Dianne's Vegan Kitchen.

ARS: Tell us a little about your offline life! You’re a holistic health counselor and vegan lifestyle coach. What do those roles entail?

DW: I used to get asked for help going vegan frequently, and I was enjoying it a lot more than my day job, so I decided to go for it and professionalize what I was doing.

As a holistic health counselor and vegan lifestyle coach I work with people who want to go vegan, but aren’t quite sure how to go about it. I’ve heard so many people say “I tried to go vegan once, but I got really sick,” or “I tried to go vegan, but there was nothing to eat,” so I help people make the change in a healthful way that they will enjoy. I help them transition to plant-based eating at their own pace, finding foods that they really like along the way. I also help them deal with the social aspects of going vegan, such as dealing with friends and family and how to handle work functions. We cover non-food related topics too, like cruelty-free skin care products and animal-free clothing.

I also help people who are already vegan and have some issues that they want to work on, whether it’s an ailment, extra weight, or not knowing what to feed the family. My clients usually find that they’re also managing stress and sleeping better after a few sessions of working with me.

In addition to working with one-on-one clients, I also teach cooking classes in my local community. What I find really amazing is that most people who attend aren’t vegan. Attendees are usually people who are looking to expand their dinner options or those who are trying to eat more vegetables. 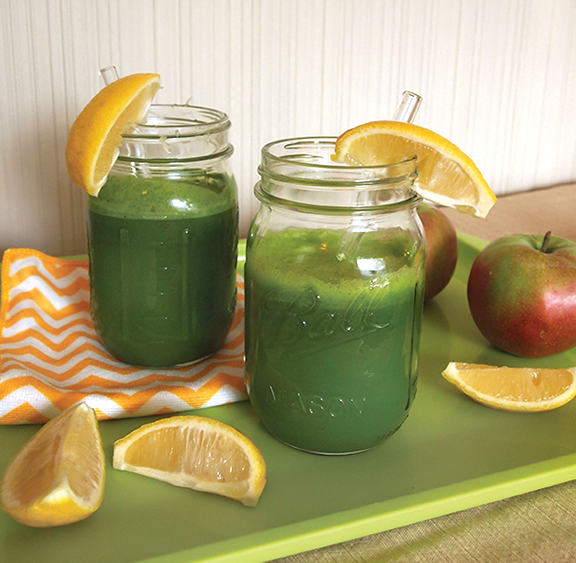 ARS: It does seem like people are waking up to the fact that embracing vegan food expands our options rather than restricting them. Spreading humor and joy with others seems to be an interest of yours. You run a meetup group in New Jersey that brings vegans together over drinks, food, and speakers. How would someone who wants to create that type of community in their area get started?

I run my group Montclair Vegans on MeetUp.com, which is great because when a new group starts, they send out an email to members who have similar interests. New members can also search for groups in their area, which makes things really easy. It’s also possible to start similar groups on Facebook, but it might be more difficult for new members to find you. When I started, I would leave postcards with my group’s info in veg-friendly stores and cafes to help spread the word to people who might not have already been a member of MeetUp.com.

Events should be fun! I suggest getting started with a potluck so everyone can mingle and chat. It can be at someone’s home or in a community space. Having a meal at a restaurant is a possibility too–just call ahead and make sure the chef can accommodate a group of hungry vegans. I’ve found that most local businesses are happy to host my group, because they know that we’re loyal customers. Bake sales are also fun, and I think they’re a good form of activism, because they can show how tasty vegan baked goods are to people who might not normally get to try them. I like to donate the money from bake sales to local animal charities, such as shelters and rescues groups. 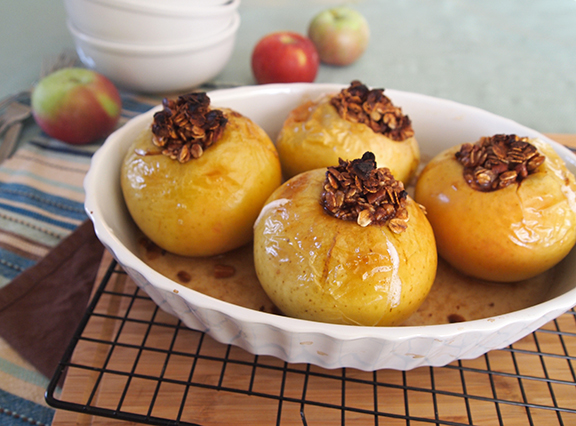 DW: Yes! I’m working on a series of e-books. As I mentioned, my blog has been around for quite a long time, so I’m going back to my old recipes and updating them. My cooking style has changed a lot over the years, as have my photography skills. (The photos in my early blog posts are scary!) I used to use a lot more oil in cooking, and I’ll admit that sometimes I didn’t really know what I was doing. The recipes will all be revised and rephotographed. There will be a few new recipes in each e-book too. The first one will have some of my favorite dinner recipes, and I’m hoping to have it ready to sell on my website by mid-January. I plan to put together four more after that: sandwiches and salads, soups and stews, breakfast recipes, and holiday favorites.

Thank you so much for talking with me today, Dianne.