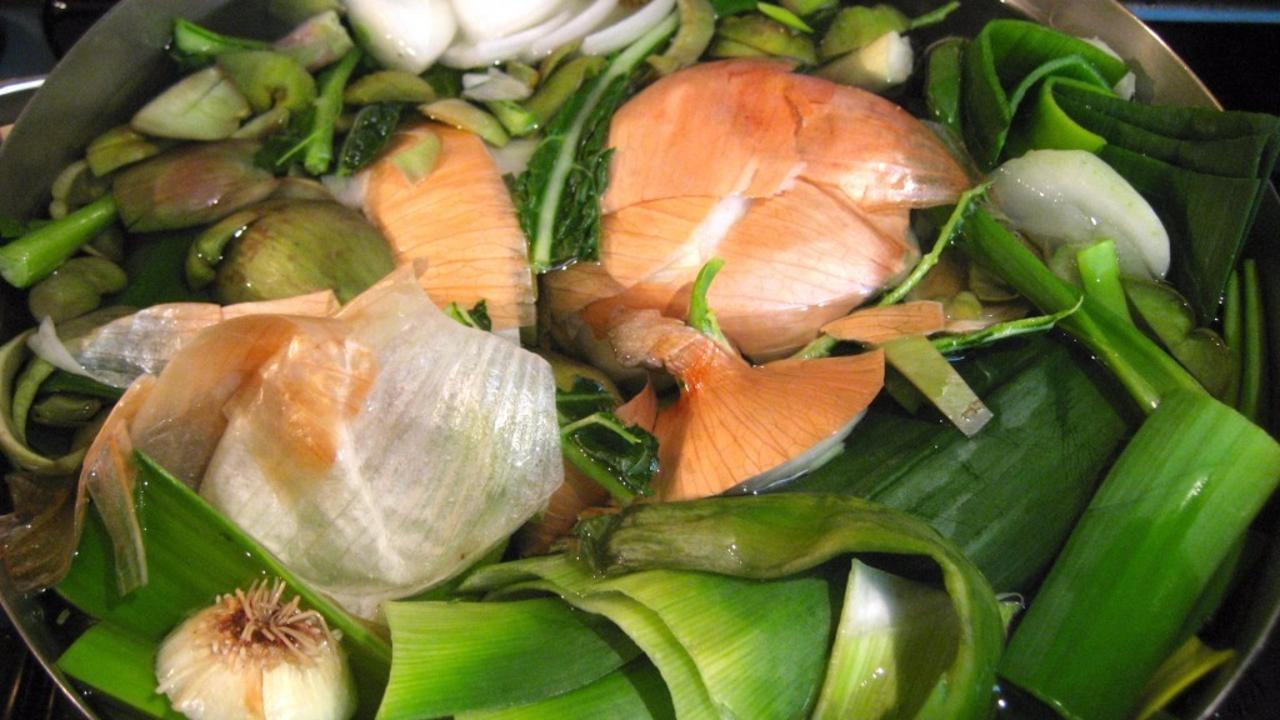 A secret to truly great soup (and many other dishes) is homemade vegetable broth. Making your own from scratch is an easy project for the height of summer when the garden is bursting with vegetables, as well as in the winter months when soups are more regularly on the menu and heating up the kitchen isn't a concern.

Homemade broth is a perfect way to make flavorful and good-for-you veggie broth using food that would normally go in the compost or (gasp!) the trash. It’s like vegetable recycling!

Directions
1. Fill a large pot within 4 inches of the top with veggies and cover with water.

2. Bring to a boil and then simmer on low for about 2 hours.

3. Strain and use right away or transfer to freezer-safe containers like muffin tins and loaf pans to freeze.