Making the Biggest Impact for Animals with Activist Josh Balk 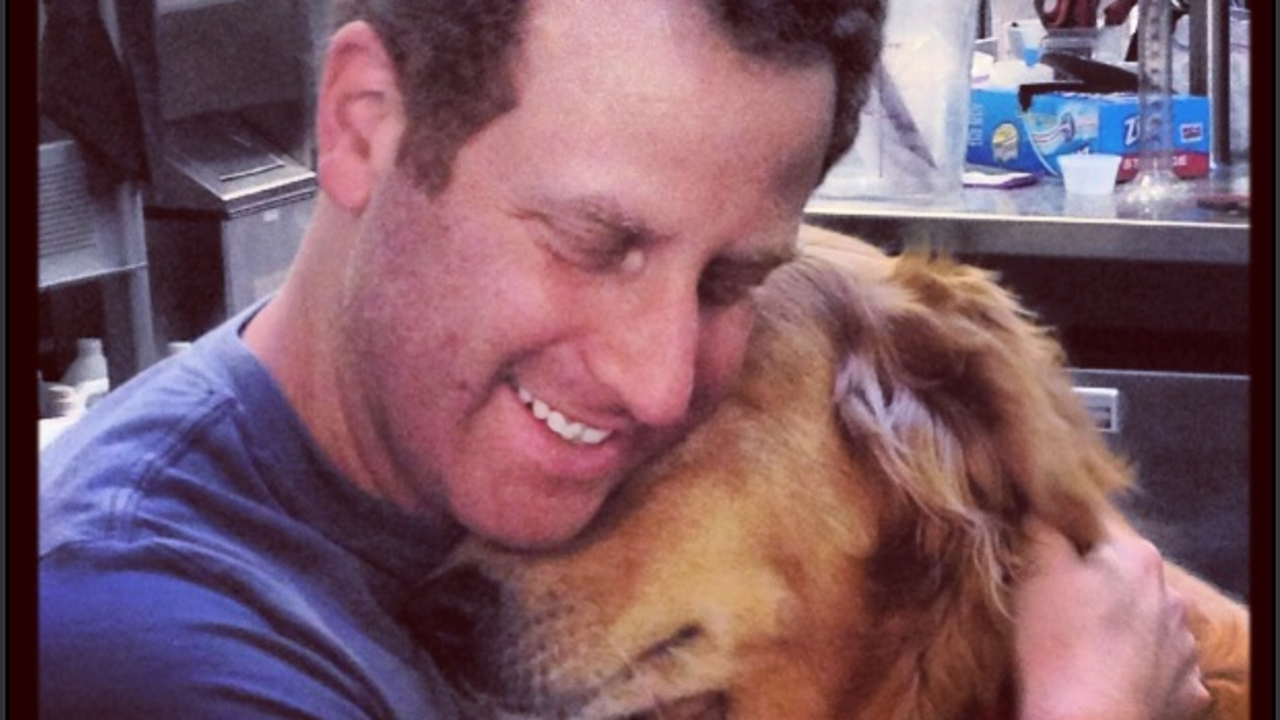 Meat and dairy consumption in the U.S. is on the decline! And we have many powerhouse organizations and activists to thank for that—one of whom is the Humane Society of the United States' superstar Josh Balk. After being one of Compassion Over Killing's first employees, Josh joined HSUS' farm animal protection team in 2005. Since then, the team has achieved significant milestones for farmed animals and reduced the suffering of millions. I'm grateful Josh took the time to talk with me about recent campaigns and staying focused on what makes the biggest impact for animals.

Allison Rivers Samson: This summer you were inducted into the Animal Rights Hall of Fame at the National Animal Rights Conference. It's certainly a well-deserved honor representing your many years of advocating for animals. How did you first get started as an activist?

Josh Balk: Thanks for the kind words! I’m very honored by the award, yet at the same time I’m very cognizant of the fact that anything I was able to accomplish for animals couldn’t have happened without the support and mentorship from so many friends in the movement. They deserve this award too.

I started caring about animals because of my dogs who were a part of my childhood. They were family to me and I’d do absolutely anything for them. They were my very hairy brothers! While I loved them dearly, I didn’t think too much about the other animals out there who are being raised for food. Then in high school, I watched a documentary that showed images of factory farming, including the horrors of the slaughterhouse. I couldn’t get that footage out of my head. I thought to myself, how can I love my dogs while at the same time ignore the suffering that my own food choices were causing.

So something had to change. I became vegetarian, then eventually vegan. My first action I took beyond changing what I’d eat was to work with my college’s dining operation to add more plant-based meals. The “big” win for me was that for my baseball team’s road trips the cafeteria decided to pack peanut butter and jelly sandwiches. To my pleasant surprise, the players like it better than the typical meat-laden lunches! 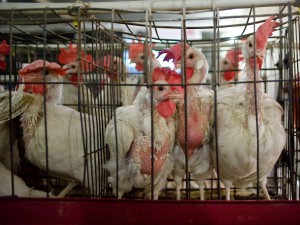 Allison Rivers Samson: Meat's got nothin' on PB&J! Following campaigns and pressure from several animal organizations including the Humane Society of the United States, McDonald's announced they are switching to cage-free eggs. The McDonald's decision follows in the footsteps of other large food service providers that are switching to less cruel farming methods. How are these actions impacting farmed animals?

Josh Balk: Most egg-laying chickens are confined in cages so small the birds can’t even spread their wings. They’re given less space than a sheet of paper on which to live for their entire life. The chickens can’t do many of their most important natural behaviors. Abolishing the confinement of chickens in cages eliminates what may be the most abusive production system in factory farming.

While many people know that cage-free isn’t cruelty-free, it’s a vast improvement for the birds versus being confined, virtually immobilized for their entire life. At least they’re able to engage in natural behaviors like walking, spreading their wings, nesting, perching, and more. And with about 280 million of them in our country, we should do all we can to make their lives far better off then they’d otherwise have.

The McDonald’s announcement is the clearest signal yet that even the largest egg buyers in the world are demanding an end to the cruelest confinement of farm animals. I have no doubt in my mind that we’re going to start seeing a cascade of similar announcements to come.

Allison Rivers Samson: What does a typical day look like for you as Senior Director of Food Policy at HSUS?

Josh Balk: Most days I’m in continuous communication with major food companies. My day is made up of constant calls and emails with them, along with strategy sessions with my colleagues to ensure we’re on the most effective path possible. I also do a lot of travel meeting with companies at their headquarters where I give presentations to their staff about animal welfare and provide a deep-dive business case as to why for business reasons alone it makes sense for companies to enact animal welfare policies.

Much of my work also revolves around helping start-up companies that are good for animals, particularly plant-based food companies. I’m able to connect them to investors in order to bring in capital for these companies to grow. And, on the reverse side, I work with venture capital firms and individual investors to find start-ups that not only have the potential to be major corporations, they also have the business models that the more they grow, the more animals will be helped. 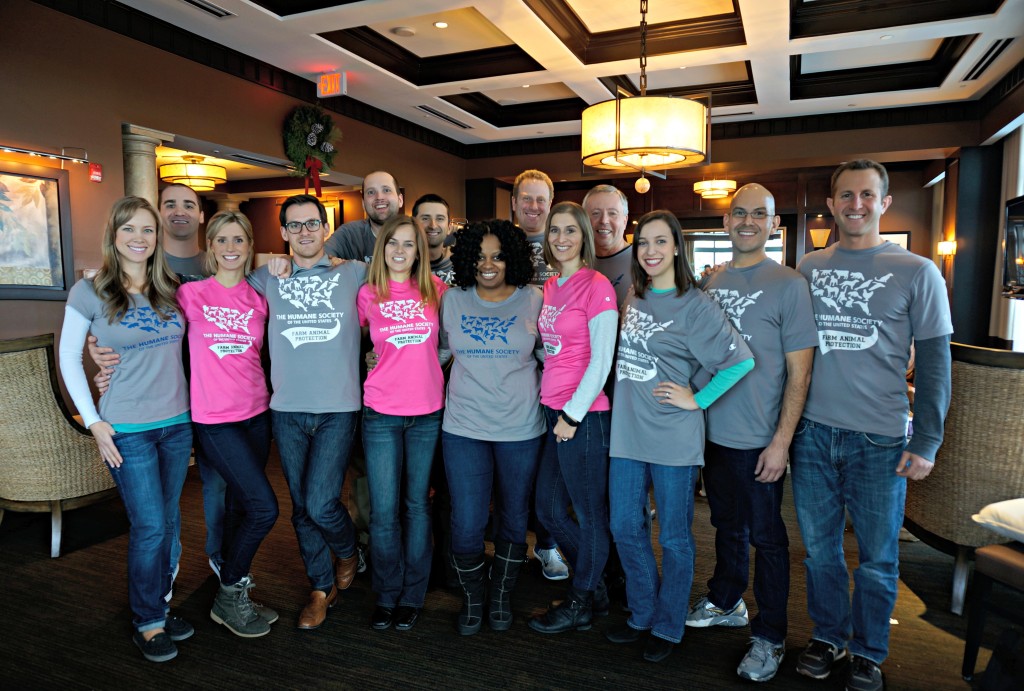 Allison Rivers Samson: These are significant actions that make great impacts in the business world. How do you see plant-based foods becoming more mainstream with the companies you’re working with?

Josh Balk: Working with major food companies on offering more plant-based foods has become commonplace. The three largest food service companies, Compass Group, Aramark, and Sodexo, all now have meat reduction programs throughout their thousands of accounts across the country, including colleges, universities, hospitals, and K-12 schools. We’re also seeing fast food chains like Wendy’s adding a black bean burger, White Castle adding a veggie slider, and Chipotle adding tofu-based Sofritas. Even the maker of Hungry Man, one of the largest frozen food brands focused on meat, recently purchased vegan food company Gardein saying that we’ve hit a tipping point on plant-based meals becoming mainstream. And, to further show the sign of the times, many of the most influential and successful business people in the world are now investing in plant-based food companies, including Bill Gates and Li Ka-Shing, the wealthiest person in Asia.

Allison Rivers Samson: Plants are definitely taking over. While you work with corporations to help animals, how does HSUS work on the legislative side to address farm animal cruelty?

Josh Balk: Unlike factory farm interests, we believe farm animals ought to have—at minimum—legal protection from the worst cruelties they face. With that in mind, we’ve waged successful campaigns to ban battery cages, gestation crates, and/or veal crates in ten states. Right now we’re campaigning in Massachusetts to ban those practices and the sale of products that come from operations that utilize these cages and crates. It’s a massive effort and the pork and egg industries have already started campaigning against it. If anyone is interested in volunteering, please visit CitizensforFarmAnimals.com.

Allison Rivers Samson: Given all of your projects, your schedule is probably packed. Do you have a favorite method of organization you use to stay on top of it all? Is there a regimen you follow to keep yourself healthy and energized?

Josh Balk: I believe strongly that success requires focus. I try to find the area I can have the biggest impact for animals and make that my focus, day-to-day, week-to-week, month-to-month. It’s hard to keep distractions at bay but if we’re able to focus on what matters most, we’ll do the animals justice.

For my health, I try to exercise every day. We’re a vehicle for the animals so we need to stay alive and kicking. For that reason alone, I highly recommend getting daily email health tips from Nutrition Facts!

Thank you so much for taking the time to talk with me Josh. Check out the links above for more information on the work Josh is doing on behalf of farmed animals.