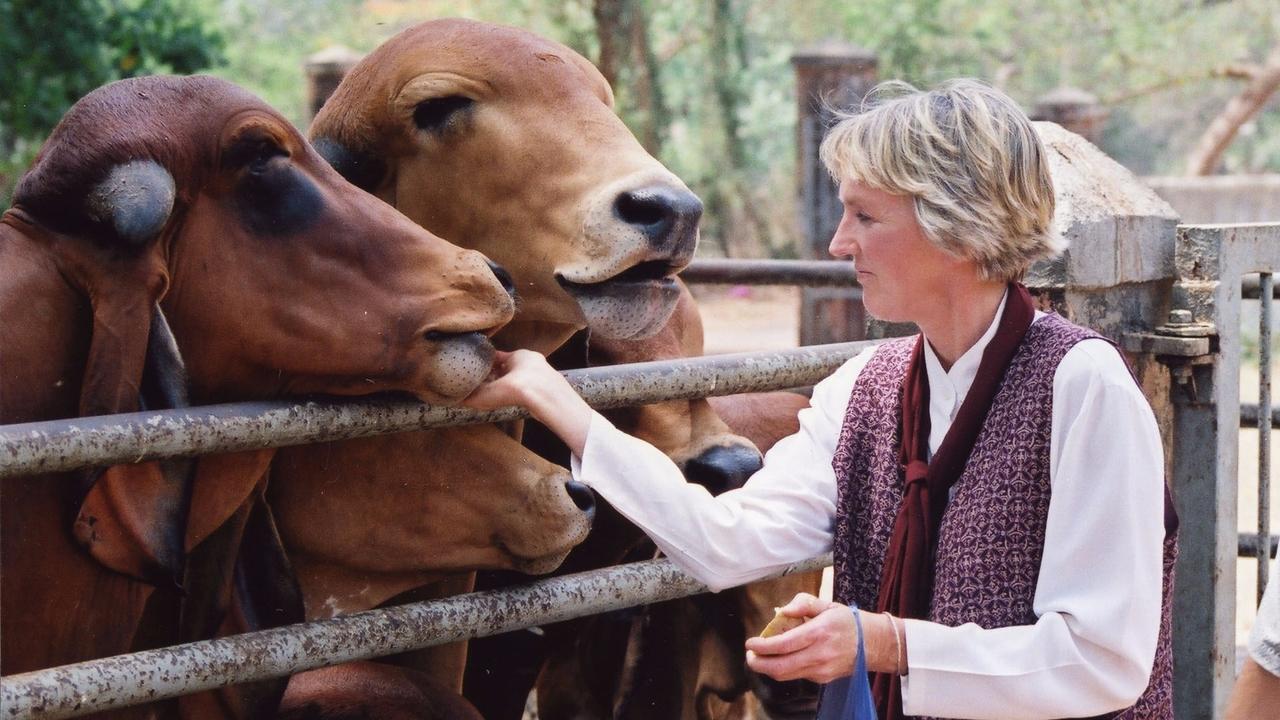 Since its founding in 1980, People for the Ethical Treatment of Animals (PETA) has been a powerful force in the animal rights movement. Their investigations, media campaigns, celebrity ads, videos, and overall advocacy effectively grab the attention of millions. As co-founder, president, and all-around champion for animals, Ingrid Newkirk has been at the helm of it all. Ingrid joined me to talk about where it all began -- and the miles we have left to go to protect animals.

Allison Rivers Samson: For many of us, PETA has been around for as long as we can remember and was THE force that introduced us to animal rights. Could you give a brief history of how it all got started? 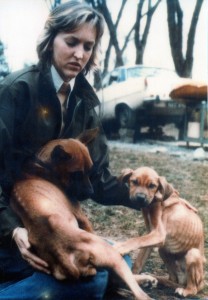 Ingrid Newkirk: That makes me feel very wrinkly! Yes, PETA began in 1980 and no one then outside the handful of people who had read Peter Singer’s Animal Liberation (still pertinent reading today), knew the phrase “animal rights.” I was an “animal lover,” having grown up loving dogs, riding horses, and rescuing baby birds who had fallen from the nest, but, like most people of my generation, I didn’t connect the dots: I ate animals, had my first fur coat when I was 19, and went fishing. Singer’s words hit me like a ton of bricks and challenged me to see human beings as just one animal in the great chorus of Life, and to face the fact that “being kind to animals” didn’t mean not yelling at the family dog, but not supporting systems of industrialized abuse like slaughterhouses, laboratories, fur and leather manufacturing, and circuses. I had already become a vegetarian, then a vegan because of my cruelty investigations work for the local humane society, but now I had context. PETA was formed to help people like me, who abhor cruelty and injustice, to show how important it is not to buy products that are borne of animal suffering and to make kind choices. I wrote a book later that is called Making Kind Choices. 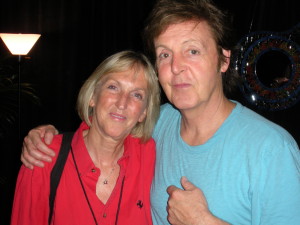 ARS: Connecting the dots is the lightbulb of awakening. Today, PETA has celebrities lining up to support campaigns by lending their voices for the voiceless, more than 3 million members, 500,000 Twitter followers and close to 3 million Facebook fans. Did you ever imagine PETA would grow to what it is today, and how did you strategize to make this a reality?

IN: I’m so glad that helping animals strikes a nerve with so many people, but we are tiny compared to even one of the industries that is working to continue using animals like commodities and persuade people through advertising that animals’ feelings of love, joy, loneliness, grieve at the loss of their young, etc., are unimportant, dismissible in fact, if you want a slice of cheese pizza or an omelet.

ARS: You're one of the few female leaders in a nonprofit animal rights organization. Are there ways that being in this position of power brings more challenge? How can all of us better support women leaders?

IN: I’ve never felt that being a woman was anything other than an advantage, really. We have more intuitive sense and patience. Also, I’m not one who shrinks away if someone attempts to use it to stop me from doing something. I’m a scrapper. And as my mother used to say, “You’d argue with Jesus if he walked in.” So much has changed since, years ago, I became one of the first female deputy sheriff’s in the country. Back then it was an oddity, now there are women in all professions and sports, in fact more women doctors than men, I believe. I think women short change themselves sometimes, and there’s too much “poor me” instead of stick-with-it-ness. I think we must look beyond gender and resist supporting someone for the sole reason that she’s a woman as, most regrettably, there are women cock fighters, fur wearers, and just plain selfish, greedy, callous women!

ARS: Clearly your fierce courage has fueled your work for our animal friends and I am so grateful for that. I hear you have a fantastic sense of humor and that you love practical jokes! What is one of your favorites either played on you or that you played on someone else?

IN: Oh, I am really on my toes on April lst but year ‘round, I have been the brunt of many jokes, including our PETA Asia director putting various bumper stickers on my car without my realizing it, including one asking fellow motorists to “Honk! I’ve Just Been Fired.” I couldn’t figure out why everyone was waving and honking and looking at me with great sympathy.

ARS: Some of PETA's creative campaigns are pretty controversial to the general public. I really appreciate that those perspectives in our movement are given voice even though they are sometimes misunderstood. I think it's important for people to know where you're coming from. Would you share your intentions? 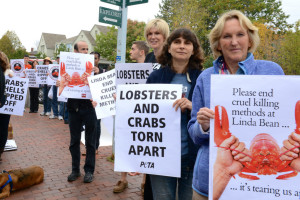 IN: PETA’s job is to make sure no one forgets that animals count. In this era of mass media, with its obsession with celebrities and total rubbish frankly, we have to compete or no one remembers the animals’ plight, which is severe and life threatening. The “I’d Rather Go Naked” campaign is a prime example. Recently, Courtney Stodden, who has a very kind heart but is only famous because of the lascivious idea of a 16-year-old marrying a 54-year-old man, came to Capitol Hill and handed out vegan hotdogs to members of Congress and their aides. Courtney wore a bikini made of lettuce, nothing more revealing than what is on display at the beach, but the line to see her went around the block and the press printed the story, the important part of which was that there is an alternative to hot dogs made from animals’ body parts. Sex sells, and we ask women to use their bodies, as Lady Godiva did, for political purposes.

We also get flak because some breeders and the scurrilous industry front group that makes money from attacking us, misrepresents our euthanasia program. Here's the true story.

ARS: I can't imagine what your schedule must be like as President of such a pioneering organization. Do you take vacations? Have any time-management tips and tricks you follow? How do you prevent burnout and hopelessness (as we see all too often in the movement)?

IN: My schedule is pretty hectic, but it’s all about opportunities. I do take vacations, and I try to make time to do a crossword puzzle, take a walk and listen to the birds, and read/watch elevating and amusing things. I firmly believe that if you see sad and depressing things, you need to find ways to distract yourself from the enormity of suffering or you will be unable to cope. My tips to avoid burnout are to make and encourage others to make all the kind choices possible, to be sure to seize every opportunity to open others’ eyes and hearts, to facilitate change by giving cruelty-free gifts and advice and by feeding people, and by taking comfort in, and a lesson from, knowing that massive changes have come about in our society over the ages simply because people were not silent. They spoke up and refused to accept injustice. Things are not hopeless as evidenced by the presence of almond milks, vegan menu items, the end of dissection requirements in schools, mannequins having replaced animals in crash tests, the availability of faux fleece and pleather, the animal rights awareness of young people, California banning foie gras, the bull hook bans that are starting to pass in various states... just to name a few things. 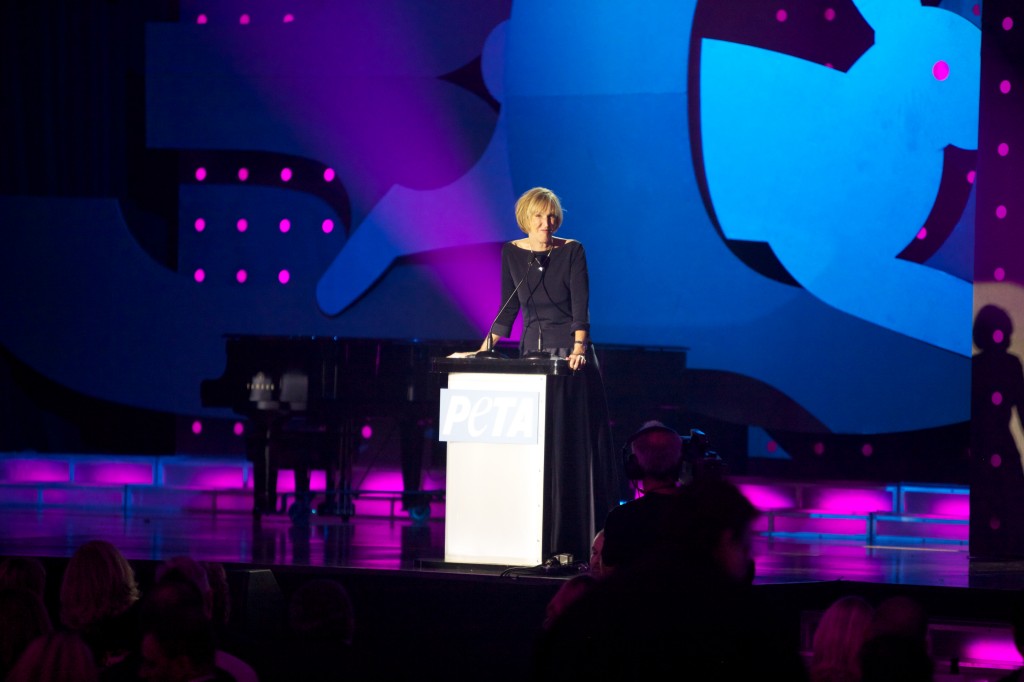 ARS: It's true, there have been and continue to be many improvements! It's good to take stock every now and then. You and I share loves of the movie "Grease" and "Pee Wee's Big Adventure." I've watched both so many times I've lost count! Do you have a favorite character or one you most identify with in Grease, and what's your favorite line from Pee Wee?

IN: Grease reminds me of the follies and hormones of youth and is just great fun. Also, as a car nut, I love the scenes in the garage and the guys fixing the cars while John Travolta preens! My favorite part of PWBA is when, rolling his eyes, Pee Wee goes back into the burning pet shop to rescue the snakes and yells, ‘AAAAAAAAAAAAAAAAARGH!” as he runs out with them in his hands. A hero! I cherish the Christmas card Paul Reuben sends me every year.

ARS: That is a great scene! What accomplishments for animals do you see PETA celebrating in the next 5 years? 10 years?

IN: I’m not sure when things will happen, perhaps some sooner than I believe, some later, but we will see an end to elephants removed from their homes in nature, separated from their families, kept in chains, beaten with bullhooks – used in circuses. Due in part to the fact that you cannot be a meat and dairy eating environmentalist, given that animal-based agriculture is the largest contributor to global climate change and water pollution and use, as well as much else, we will see in vitro meats and the market will flood with vegan cheese, egg and meat taste-alikes. Animal experiments are now seen as so Dark Ages with today’s technology, and whole human DNA on the internet, that they will eventually end entirely.