The Story Behind Cowspiracy with Kip Andersen and Keegan Kuhn 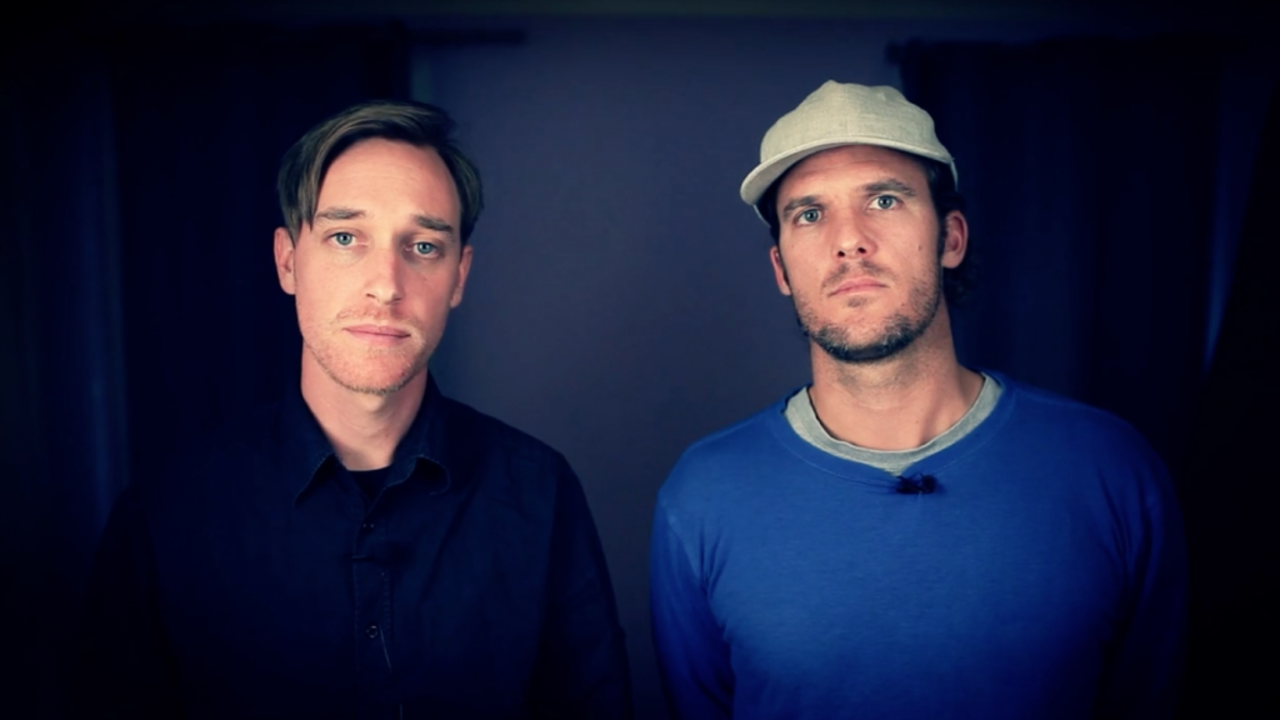 First there was Forks Over Knives. Then there was Blackfish. Now, there's Cowspiracy, a powerful new feature-length documentary produced by Keegan Kuhn and Kip Andersen. Debuting this year to packed screenings across the world, the film is rightfully generating a significant amount of buzz. I talked with Keegan and Kip about their journey and asked the obvious question: Why aren't the major environmental organizations talking about the primary industry that is destroying our planet more than any other? Find out what they said...

Allison Rivers Samson: We all come to animal and environmental protection work from varying backgrounds. What inspired each of you to make Cowspiracy: The Sustainability Secret?

Kip Andersen: I had been trying to get a hold of the major environmental organizations for years to find out why they weren't talking about the huge impacts of animal agriculture. I finally realized that taking a camera into their offices was possibly the only way I would get answers and Cowspiracy was born out of that.

Keegan Kuhn: I feel very fortunate to have been able to team up with Kip on this project. I had been making social justice films and videos for the last few years and Cowspiracy was a perfect fit for me. 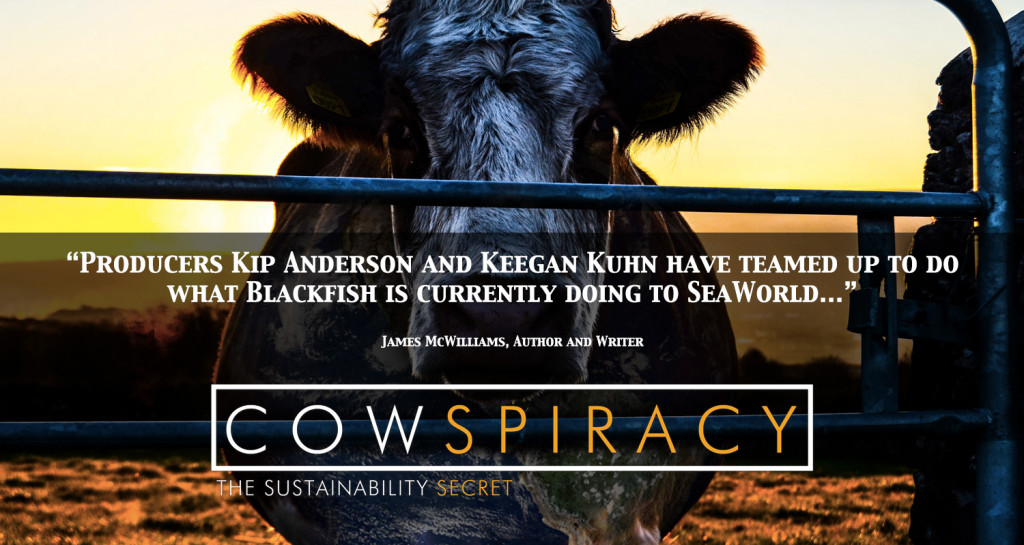 ARS:  Keegan, I was deeply moved by the way you told the story of Animal Place's tremendous chicken rescue, Turlock. Kip, what made you want to reach out to environmental organizations to find out why they weren't talking about animal ag? How did you know about this issue?

Kip: I've always cared about the environment and so I did the recommendations that the big enviro groups suggest like changing to CF bulbs, driving less, recycling, etc. but then I saw the 2006 United Nations Livestock's Long Shadow Report that said livestock was responsible for more that 18% of all greenhouse gases, and I was shocked that this wasn't mentioned on the environmental groups' websites! The report went on to say and through further research I found that animal agriculture is the leading cause of rainforest destruction, desertification, species extinction, water use and pollution and virtually every other environmental ill facing the planet. If this was the case why wouldn't ALL the environmental groups be talking about this?

ARS: Great question! Why did you see film as the best medium to tell this story?

Kip: There have been a number of books written that address the destructive impacts of animal agriculture on the planet, but sadly in the society we live in, people aren't reading as many books these days. A documentary film with a strong narrative is something a lot more people can dedicate 90 minutes for. The film is informative, but it is also very entertaining.

Keegan: As Kip mentioned, books by Dr. Richard Oppenlander Comfortably Unaware and Food Choices and Sustainability have been hugely informative to the people reading them, but there is a strong need to get this information out in as many mediums as possible. Movies are accessible in a way books might not be. 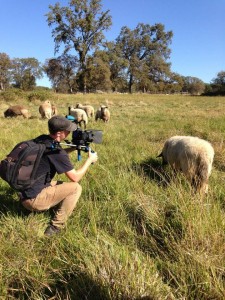 ARS: The film calls out environmental organizations for ignoring or possibly just being ignorant to the fact that large scale animal agriculture is the leading cause of most of the world's most pressing environmental issues. Why aren't these organizations talking about it?

Kip: I think there are a lot of different reasons these groups aren't talking about animal ag or at least aren't properly addressing it. Some of the organizations we interviewed seemed totally unaware of the impacts, which was shocking when you consider the fact that it is their job to know these things. And others clearly did not want to talk about the issue because of what it might mean for donations.

Keegan: I think a lot of these groups are concerned about what will happen to their donor dollars if they start advocating for diet changes. I think another major factor is that the heads of these organizations and the members of their boards don't want to have to change their own lifestyles and so how could they advocate others to do so.

ARS: I can't imagine anyone can watch Cowspiracy, learn the facts, and not be moved to take action. Has anyone you interviewed from an environmental organization seen Cowspiracy and reached out to you with their reaction?

Keegan: A number of the organizations have seen the film. The only one so far to have reacted positively is Rainforest Action Network. They have released a series of social media images about the impacts of livestock on the environment and advocated for a plant-based diet. We are thrilled to see this, but they still have not made it an official part of their website or campaigns. It is shocking considering animal agriculture is responsible for up to 91 percent of all the destruction in the Amazon and yet they still aren't talking about that.

ARS: Shocking indeed. The problems our planet is facing can seem overwhelming. I loved that you ended the film on a positive and hopeful note. What gives you hope that people will change their lifestyles–and change them in time to keep humans off the extinct species list?

Kip: I believe the tipping point has already happened. We are in a new stage of human evolution, and everything is speeding up. If you look at all the vegan businesses that are popping up and thriving, with major backers like Bill Gates getting behind them, we are on the right path. And, we will look back at this time as being archaic.

Keegan: Being vegan today in the U.S. is simpler than ever if you want to maintain a standard American diet but only eat plants. There are products like Beyond Meat and Just Mayo in major grocery store chains across the country providing plant-based alternatives. But the truth is that fruits and vegetables are available around the world at a fraction of the cost of animal based foods.

ARS: You're currently showing Cowspiracy with premieres across the country. In the film, you honor activists in South America who have stood up to animal agriculture and lost their lives as a result. In your travels, have either of you ever felt like your lives were in danger?

Keegan: We did a premiere in Ketchum, Idaho in the middle of ranching country where a bunch of big burly-looking cowboys showed up. I was a bit concerned that there was going to be trouble, but they sat through the whole movie, didn't say a word and when the film ended, left peacefully.

Kip: I feel very protected by the community of people who support us and the film. The reality is though that even if we were being threatened the way activists are in other parts of the world, we cannot be silent because the planet is depending on ALL of us to speak up. ARS: What do you want a viewer to walk away from the film with?

Keegan: I think our main focus is really just about providing information. People can't make informed decisions unless they have the information.

Kip: We want people to look at the information presented in the film and to be inspired to do more research for themselves and truly understand what we as a planet are facing unless we all make changes. I want people to understand that positive change is possible and happening right now.

ARS: For those viewers who feel empowered to change the world, what are a few ways they can take action?

Keegan: Beginning with ourselves, adopting a sustainable plant-based vegan lifestyle should be the first course of action. From there I really think people should follow their hearts in what they think is right. Some might feel that writing their favorite environmental organizations and demanding they address animal agriculture is the best thing to do, for others it might be about writing their state representatives, and for others it may be about using Cowspiracy as a tool to educate as many people as possible on the subject.

Keegan and Kip, thank you so much for taking the time out of your very full schedule to talk with me. May everyone see this film and awaken to the truth that animal agriculture is unsustainable.