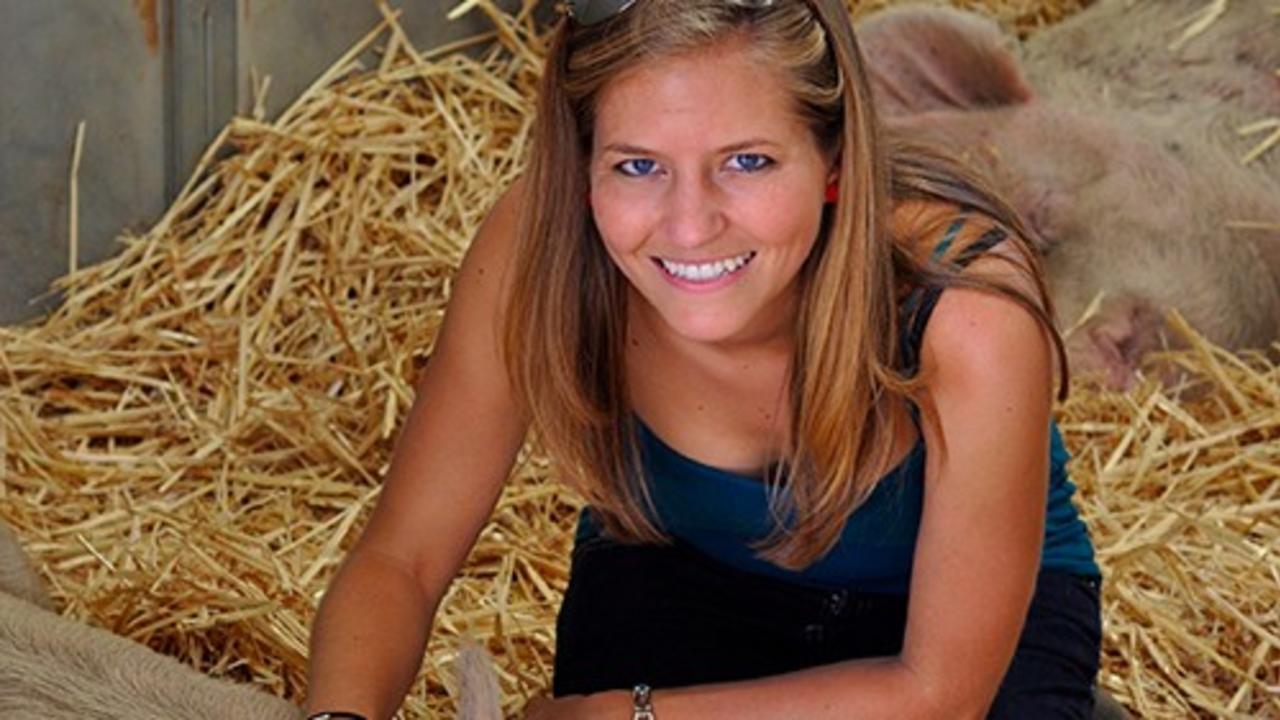 If you were vegan in college, perhaps you remember the days of bland school cafeteria salads and eating in a cramped dorm room. For many students new to vegan eating, it can be challenging to know about all the available vegan resources out there to help them! Michelle Cehn from Vegan Break set out to change this after she graduated. Fast forward a couple years, and now Michelle has a popular series of vegan videos all created with that mission in mind. Michelle's passion, dedication, and persistence are admirable, and the animals are so lucky to have her advocating for them.

Allison Rivers Samson: How did you come up with the idea for Vegan Break?

Michelle Cehn: I created Vegan Break right after I graduated college in 2009. I had been vegan for two years, and at the time there weren’t many online resources for college students. I wanted to find a way to show people that being vegan can be delicious, easy, and fun. I considered going around to schools and giving presentations, but realized that I could reach far more people who were looking for information and support by creating videos! And thus the bite-sized vegan video series dubbed “Vegan Break” began.

ARS: Genius! I'm sure you receive a lot of positive feedback on your videos; I know I love them. What was your vision for making vegan eating more accessible for others?

MC: I started creating videos with the hope that they would help people embrace and enjoy veganism; but it is the messages that I receive from viewers that keeps me going. I hear from people who are in college looking for advice, vegan newbies searching for products and recipes, people who live in areas where vegan food is hard to find, and more. 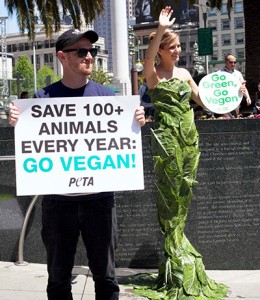 When I brainstorm video ideas, I think back to when I first went vegan. I had no idea that there were completely vegan restaurants, online vegan shops, thousands of vegan cookbooks, iPhone applications that pinpoint nearby vegan eateries and more. For my entire first year as a vegan I survived primarily on burritos, Ramen noodles and cereal with soymilk. Why? Because I wasn’t connected with all the resources out there! My Vegan Break videos show people that being vegan shouldn’t feel like a chore by connecting them with tips, recipes, products and resources that will empower them to embrace a vibrant vegan lifestyle.

The beauty of YouTube is that video content can reach such a vast, varied, and sometimes unexpected audience. It provides resources that people can digest in their own space, at their own time, and without judgement. Over the years Vegan Break videos have reached hundreds of thousands of viewers, and when I get e-mails saying that my videos helped inspire someone along their vegan path, it makes every weekend spent filming and video editing worthwhile.

ARS: It’s so true that being vegan has never been easier! Plenty of opportunities to reach out and connect with others make it so much more feasible these days. We sure didn’t have the resources back when I went vegan in 1997! What is your favorite type of video to make?

MC: I love making videos that show off vegan companies, restaurants, and authors that I love. It’s a great way to introduce people to products that will make it easier to go vegan and stay vegan, but also support small vegan establishments and entrepreneurs.

ARS: As a small business owner, I am grateful that you do that. You also recently attended the Vida Vegan Conference! What were some of your takeaways from the conference?

MC: Oh my. Vida Vegan Con was such an incredible experience. I left with unprecedented inspiration, new friends, blogging, and photography tips, and a sense of community. I came home and immediately started working videos, collaborating with others from Vida Vegan Con, and checking out blogs that I never knew existed (but totally love). I was amazed by the enormous breadth and variety of passionate and creative vegan bloggers that are publishing content. No vegan should ever feel alone, as there is an entire blogosphere of virtual support eager to connect with you on the web!

ARS:  Agreed. Vida Vegan Con is a pretty incredible vegan community event! Outside of Vegan Break, you're very active in the animal protection movement. Tell us a little bit about your advocacy work.

MC: I’ve been an animal advocate since I went vegetarian at 8 years old. I learned about the horrendous treatment of animals early in life and understood how essential it was to find my voice and “speak up even if your voice shakes.”

As I grew up I founded animal rights groups in high school and college, became very involved in leafleting for Vegan Outreach, and organizing events for  Mercy for Animals, and connected with others who inspired my activism. These days I organize events in the Bay Area (from veggie dog giveaways and vegan bake sales to Oakland Veg Week, volunteer as a photographer for Farm Sanctuary, and other local organizations, and I work full-time for the PETA Foundation managing social media and community fundraising efforts.

I focus on upbeat and positive outreach and jump at almost any opportunity to advocate for veganism, support organizations, promote vegan companies, and build community. In the free time that’s left, I make videos!

ARS: You are one of the most inspired and upbeat people I know in our movement. I am regularly amazed at all you accomplish. In addition to fabulous videos, you are also an accomplished photographer and have even submitted photos for some of my recipes in our Monday Yumday series. Do you have a preference for videos or photography? What do you like best about each medium?

MC: I am very passionate about both film and photography because both mediums play a huge role in helping to expose animal cruelty and showcase vegan food, products, and speakers to the world. These days photos are an amazing way to touch people with a fleeting message on platforms like Facebook, Instagram or Pinterest. Beautiful vegan food photos can make even the most devout omnivores salivate, and photos reach people who may never dedicate the time to watching a video. That said, video provides great opportunity to connect with people in a much more personal and cultivational way. Video has the power to excite senses, rouse emotion, and drive people to action; and with YouTube at everyone’s disposal, we have the potential to reach millions. With one billion monthly users, YouTube is the third most viewed website on the internet, behind only Google and Facebook. My one wish is that more vegans would take advantage and start publishing video content!

ARS: Hmmm.. is that a hint? ;-) Do you have a favorite Allison's Gourmet goodie or one you haven't tried but would like to? MC: Oh yes. I looooove Allison’s peanut brittle. And peppermint bark. And brownies. Did I mention your fudge? It’s hard to pick a favorite, but I’m going to go with the peanut brittle, because it’s really hard to find elsewhere.

I also must give a shout-out to Allison’s Fettuccini Alfredo recipe. I never would have imagined that a cashew-based cream sauce could be so decadent and take me right back to the creamy alfredo dishes I enjoyed as a child. But this one most certainly does. Allison is a culinary genius.

ARS: Awww... thank you so much for your enthusiasm, support, and infectiously joyful attitude, Michelle. I am grateful to know you and witness your positive activism!